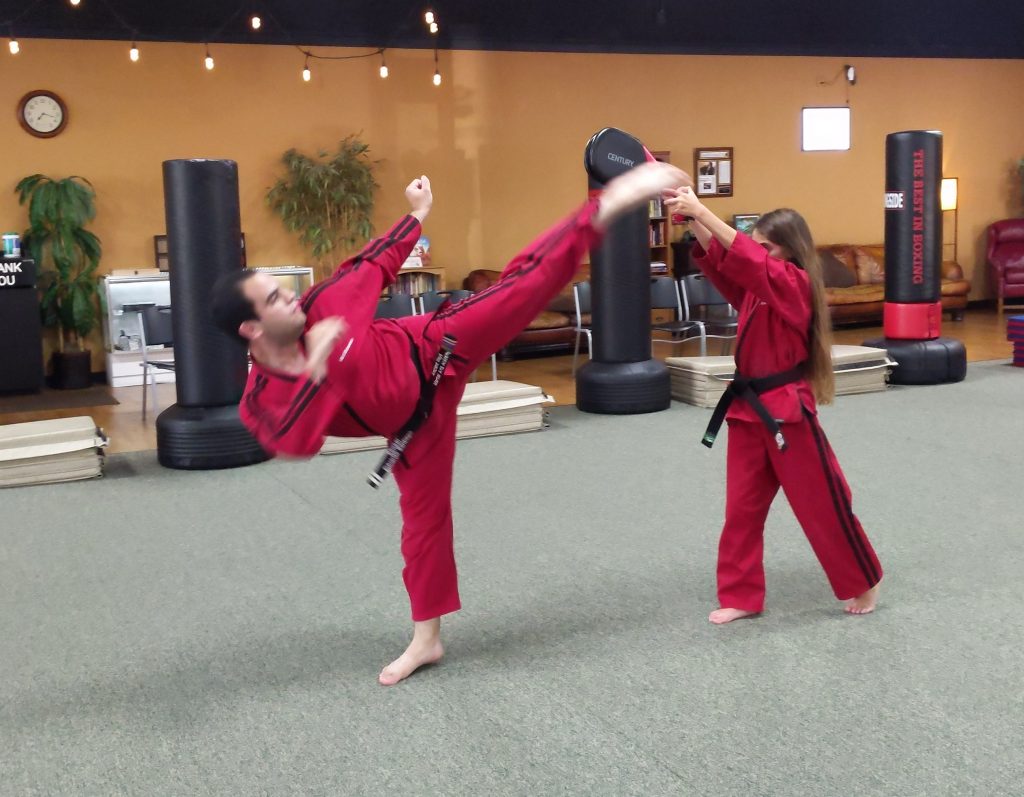 The first real altercation I had after my many years of martial arts training, competitions and tournaments was a real surprise to me. At first, I thought the guy was just being funny. The guy took several hits at me before I realized he was really intent on hurting me, but his skills were so sad, there was no threat, it was like defending myself from a playful child. I avoided most or his attacks and blocked the others until he wore himself out, then I smiled as I went on about my business.

Not all were this way. We had some highly trained ex-military, ex-pro fighters who were patients at the psych hospital where I worked at as a young man. It was not uncommon for one of them to become violent during my therapeutic efforts or those of a co-worker. These patients definitely helped to show me the inadequacies in my training. I never stopped learning and even today, love those “a-ha” moments when I learn something new or make a new discovery in myself.

When we learn a new technique, we practice just the mechanics of the motion until it becomes natural. If, however, we “abide the mind,” as (well known Japanese monk) Takuan Sōhō referred to “stopping our mental process with the end of the technique,” then we cannot even begin the process of following up on the next movement or technique. There is too much thought involved to be acting automatically.

If I parry the punch, I cannot expect to win if I then stop. I must follow up the parry with something more likely to stop the assault. I’m probably going to need to flow through several highly trained techniques to achieve true victory. All of those techniques need to be seamlessly linked together. However, I can’t think about it. Thought cannot be a factor, they must be trained responses, what we often refer to as an artistic flow. It is exactly why we strive so hard to become martial “artists” instead of just martial technicians or martial practitioners. Yes, there is a difference.

When we train, we don’t practice a technique until we get it right, we practice until we can no longer get it wrong. This is a lot of repetitions and they are required to truly turn our movements into something we do automatically as a response to assault. Yes, the repetitions get tedious and they get boring sometimes.

If we lose our humility, lose our modesty and stop being humble, and assume we “know it,” and we decide that it is “good enough,” then we have altered our mindset to a place where we can learn no more. We must not abide the mind or lose our humility if we are going to forever learn and grow, to get better and progress as students, as people, as artists and as warriors.

I love the saying: The enemy of “greatness” is “good enough.” Whenever we do anything, a school project, a report for work, a plumbing job, working a martial arts form, packing a parachute, or anything for that matter, it is a dangerous thing to say, “Well, that’s good enough.” The biggest room in the world is the “Room for Improvement.” We are not going to improve or achieve true greatness if we say, “Welp, that’s good enough.”

Stay humble, be a forever learner, always seeking to improve. Use great caution around anyone who thinks they “know more than anyone else,” about any topic. Anyone who acts this way or thinks this way is proving they know very little, because the truly educated person will tell you the truth. That truth is, “The more I learn, the more I learn how little I really know.” I true expert will never act like one, because they know there is more to know.

Hubris or cockiness is the opposite of humility and is a very dangerous warning sign. Avoid these people, they can’t learn or grow and will often become toxic elements in the lives of others.