Too many adults suffer from Self Doubt, Low Confidence & Imposter Syndrome

Remember when you were a kid and you thought, “Wow, those adults know so much more than we do, they are so far past us, how will I ever succeed as an adult like them.” Now we know, they were mere inches ahead of us and in most cases were guessing about how to handle situations the same as we did.

So many adults struggle these days. Life is hard.

I had a lady whose daughter was in my program. Almost right away I got the feeling that home life might be a bit emotionally abusive for the mom. The mom once was a badass athlete when she was 16, but had been brow beaten and belittled so much since then that all she saw in the mirror was mom jeans and her glorious youth gone. Somehow I talked her into trying a class with her daughter and the next thing you know, she is training three days per week. In less than a year, she came to me and said, “Julie (not he girl’s real name) is coming straight here after school, if her dad comes to get her, please hide her. I’ll come to get her. We moved out this weekend while he was away. I finally had the confidence to leave that bastard. We are safe thanks to you.”

Sandra Kurdas was a former pageant winner, I think she was Miss Ohio. When she was in the Miss USA pageant way back in the 70’s she met this very dashing man from Dominican Republic who swept her off her feet. They married and almost right away she suspected that he was cheating on her. Apparently, it’s acceptable in their culture. She fought against it for 30 something years, has kids and grandkids with the guy and finally, after being ignored for months while she suspected that he was with his mistress, Sandra started to complain, and he hit her. She flew back to Bradenton, where her elderly parents lived and began her battle with her very powerful husband. She also began training with us. We guided her legally as well as with her confidence and warrior spirit and eventually her ex (one of the nation’s richest men, with lawyers and judges in his wallet) spent 3 months in jail. She won and became a celebrity poster girl for abused women in Latin America. All the while, getting threats (we were too). She claims she wouldn’t have made it without the confidence her training gave her.

A woman named Chrissy was a high level nurse who got a job as a director for a surgery center. As the boss, the doctors there worked for her, but good luck telling a doctor that. She came in to our training hall every day to pick up her daughter just miserable from the way she was treated in her job. She began training with us and we built her up and made her a badass. In about a year it started showing in the way she moved, the way she stood and the way she spoke. Pretty soon this tiny woman, hands on hips was demanding apologies from rude doctors and got the center moving in a more positive direction for everyone. She earned her Black Belt.

A concerned mom brought in her middle school age girl, a true goth/emo. This girl must have loved the floor because she never took her eyes off of it. She was super smart, making straight “A’s” in school unless she had to present to the class. In those cases, she just took the zero. She did great with us and over time the eyes came up, the shoulders went back, the hair got pushed back, the clothing changed, the music choices changed, and she earned her Black Belt, worked for me and became class valedictorian in high school. She went on to college and eventually became a professor there. She went from being a child wearing a neon sign that read, “I’m going to be a victim, when I grow up, please abuse and beat me,” to “I’m a warrior, listen and follow me to grow and learn.”

I worked as a Recreational Therapist for years in a high level psychiatric facility to help people who lacked coping skills and had low tolerance for frustration and delayed gratification. These were people just like you and me, and they would do a great number of therapeutic sessions per day. Music, art, crafts, dance, guided meditation, writing, games, group sessions, one on one sessions and the entire time, I knew that there was no better form of therapy they could do than martial arts training, but I was never allowed to do it. It was considered too violent, even though, that’s not how I teach. I’ve been teaching in my school full time now since 2002 and I use my degree every day to perform better recreational therapy than I ever could in the clinical setting. Not only do the students see their progress as they master new things, not only do they bond with each other, making lifelong friends, not only do they build their sense of self as they make new accomplishments, working through the tough and frustrating parts, but we give them a reward, a stripe on their belt and a new belt as they go along. That physically displayed reward is like magic. You might think it wouldn’t matter for the adults, and we get quiet a few who say, “I’m not really interested in the belts,” when they start, but pretty soon, they are working extra hard to get the next one, it’s great motivation.

I’ve had some student in the past that showed they really weren’t suitable people to train in martial arts. Maybe they had a violent nature. Perhaps they couldn’t incorporate the virtues we encourage everyone to live by, perhaps they just didn’t have the work ethic to even try. Other than those 4 or 5 people who I have removed from my training hall, I’ve never met a person who couldn’t benefit from the training. Even those I removed could have benefitted, but I wasn’t going to risk them hurting someone else using what I teach in the wrong way.

You may think, oh that’s not for me. Thankfully, we live in a world where you are welcome to be wrong. I’m not kidding when I say, everyone can benefit from the training. Whatever excuse you have, is just that, an excuse. That limitation, bad knee, hip, ankle, back, neck etc and etc is going to be there when, heaven forbid, someone tries to murder you. You need to learn to work around your limitations to survive and to do that, you need to train around those limitations, that’s what we do here. I have had students who were blind, cripple, deaf, Cerebral palsy, muscular dystrophy, wearing a colostomy bag, missing limbs, downs syndrome, fragile x syndrome, good, bad and ugly. The only real reason you make excuses about doing it is because we fear change in our lives, even good change. Read the book, “Who Moved My Cheese.” No one will judge you here. We were ALL White Belts once and never forget that. We are just glad you are one of those who are strong enough to get off the couch and do something.

Welcome to the training hall, we bow when we enter to get into the right frame of mind, because if we do that, this place will change our lives for the better. 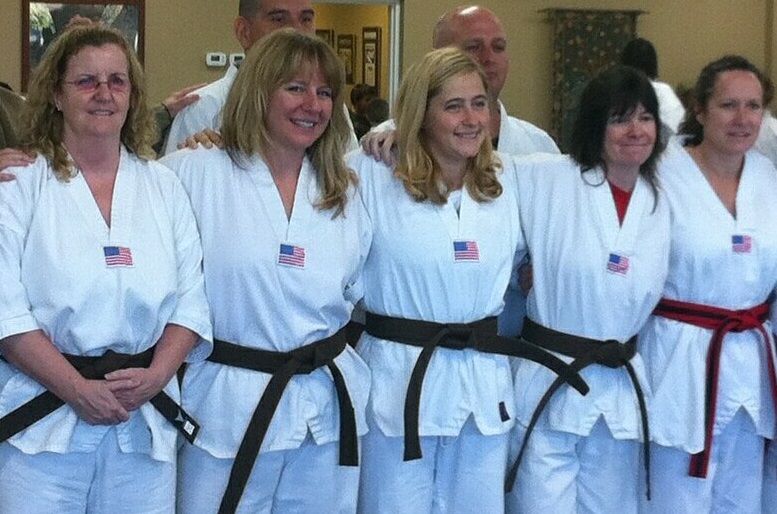