Our native American ancestors had an agreed upon practice between certain plains tribes called Counting Coup. Warriors in battle wouldn’t necessarily try to kill one another but instead would touch each other with their hand or with a special coup stick. The one struck with the stick would return to the tribe, he was beaten. The winner would continue the battle, having the honor of having won and not wasted ammunition and effort to kill someone who wasn’t worth killing. There are reports of them chasing Union soldiers and touching them repeatedly, showing they were just not worth killing.

I’ve had altercations in my past against someone who was inebriated and not capable of really inflicting very much harm to anyone. It would have been no challenge to beat them, and dishonorable, not to mention probably illegal in the eyes of the court, as self defense only works if there is a life or death threat. In those cases I just stayed out of the way until the drunken fellows wore themselves out and lay down, then I left.

The times I was against someone who was armed (inebriated or not) or sober and a real threat, I did my best to avoid conflict or control them, but on some occasions, I needed to strike to cause injury. Not fun, no matter what it looks like on TV.

Other times when people were calling me names and using vulgarity, I could tell that they were a “dog who barks,” but has no bite, so I would just move away. They were not a threat and not worth my effort or time. I refuse to be goaded into an argument or fight. Self mastery and all that. 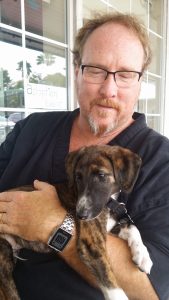 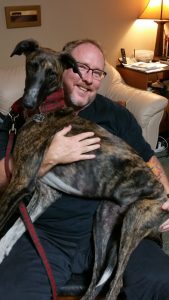 Once I was walking my dog, Remo. He has a Greyhound mother and an Afghan Hound father, but he looks like a Greyhound, slightly bigger with a slightly thicker coat. Down the block from our house there was a small boy playing in the yard and street on his scooter. He’s 7 or 8 years old. As we approached, the boy said, “Nice Great Dane,”

I corrected him and said, “Thanks, but he’s actually a Greyhound.”

I wished him a good day and went on my way. He screamed that I was wrong all the way down the block. How he got this way, is a concern, but not mine. This was a battle not worth fighting. For three reasons. One, he’s a child, two, he’s not my concern, three, no one dies if he doesn’t know the type of dog I own, it just doesn’t matter.

If he had been my nephew or a friend of the family, I might have put a bit more effort into resolving the misunderstanding. If he was my own son, we would have a long conversation. It would have included, one, not talking to strangers, two, respecting other people, especially those who obviously know more than you, three not being an argumentative know-it-all, four, having humility and five, we would have had a lesson in dog identification. That would have been a battle I would have fought.

Have you ever fought with someone over something trivial? Most of us have. Ask yourself why. You’ll discover that the only reason you would do so is to feed your ego, to feel important or powerful. Why does it need feeding? Normally a lack of overall confidence makes someone insecure and they feel a need to argue and win every sticking point.

In our day-to-day lives, we fight many battles. Perhaps if we prioritize better, pick our battles, we could be happier and healthier. Fight those battles that affect your health, such as maintaining a proper diet, making yourself exercise and getting proper rest. Ignore those that do nothing but create stress and annoyance.

Have some self mastery and pick your battles.