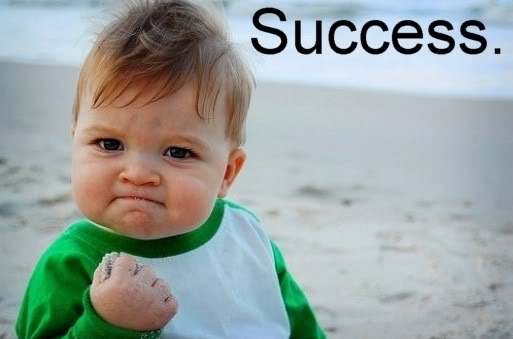 There is no perfect way to parent, but there are definitely some wrong ways. I heard about one guy who had a successful parenting systems. When his little “Wild Child” girl wouldn’t follow directions, he would cut a tiny piece off her “woobie” (blanket). She would pitch a fit but loved that blanket so much, she did everything she could to avoid having it done again. She became much less of a “wild child” and learned how to follow expected behaviors because of it. It’s nice too that he could make her realize it was her actions creating the consequences instead of him just seeming like the bad guy. “You aren’t going to make it so I have to cut a piece off your blanket again are you?”

When she grew up, he eventually stitched the whole thing back together and gave it to her as a memento.

Sounds like a great system, but it’s dependent on your child valuing something that highly. That same guy has a granddaughter whose behavior is similar to his daughter, but since the child has been lavished with so many toys, she has nothing that she really values, so there is no leverage to help her…yet. In time, there will be something she values, I’m sure.

My own kids were never “wild,” but we did something similar. We believe strongly in trying to not have a punitive system and instead, have a reward system. It’s really the same thing, just addressed from the other end. The rewards had to be adjusted and changed as they grew older, but it too was built around something they really, really valued.

Early on, their favorite reward was getting a story from dad at bedtime. They loved my stories as do a lot of my adult students. My kids knew, if they showed respect and love to their family members, did their chores and homework, and did their martial arts classes, then they got a story. If they argued or resisted doing anything, then they didn’t get the story.  Being able to say, “Aww, I really want to tell you a story tonight. You aren’t going to spoil that by arguing about bath time, are you?” Again, it’s their actions that result in the consequences, not me being the bad guy.

As they grew older, the rewards changed. Screen time was earned, beach time and going to the park had to be earned. Even in high school, they knew they got their phone every morning if, and only if, the day before they did their homework, did their chores, did their martial arts classes and showed love and respect to all family members. Only a few times did I have to say, “I’m sorry, yesterday you argued with your mom, and it didn’t sound very respectful, so you didn’t earn your phone today.”

We could have done it the opposite way and taken away their phone each time they misbehaved, but that’s a punishment system, not a reward system. It’s the same, but doesn’t seem the same to their subconscious. They first earned their phone for doing something great. We would have been taking away something they had already earned. That’s like your boss taking away last week’s pay for you doing poor work this week. He may dock your pay this week, (or fire you) but he isn’t going to ask for last week’s pay back. Instead, my kids earned the right to use their phone every morning. They never took them to their rooms at night, they were charged downstairs.

The reward system is perfect for empowering and letting them know their actions create their own consequences.

The most important thing though is to follow through with consequences. They should never be promised something (reward or punishment) and have the promise broken. It breaks trust and ruins structure in their lives. They need to trust that you say what you mean and will follow through. If you hate punishing your kids, then don’t. Instead, set up a reward system. It will take some time to get used to, but it works. I love spoiling my kids and I can say without a doubt, my kids were spoiled, but because of these systems, I can also say, they were never brats.

Let me know if you would like some help with your little ones.

Master Boon Brown has a Bachelor’s Degree in Elementary Education and a Master’s Degree in Psychology specializing in Recreational Therapy. He has been teaching children and adults for nearly 40 years and worked as a therapist for Sarasota Memorial Hospital’s Lakeside Pavilion Psychiatric Facility. He is certified with Ancient Ways Martial Arts, ProMac (Professional Martial Arts College) and MAIA (The Martial Arts Industry Association). He is a devoted husband to Jamie (24 years) and father and friend to his grown children, Brennon and Jannel. He also gets to spend time weekly with his own parents, Robert and Frenette who also were involved and great parents.