A Time Machine and Millions of Dollars 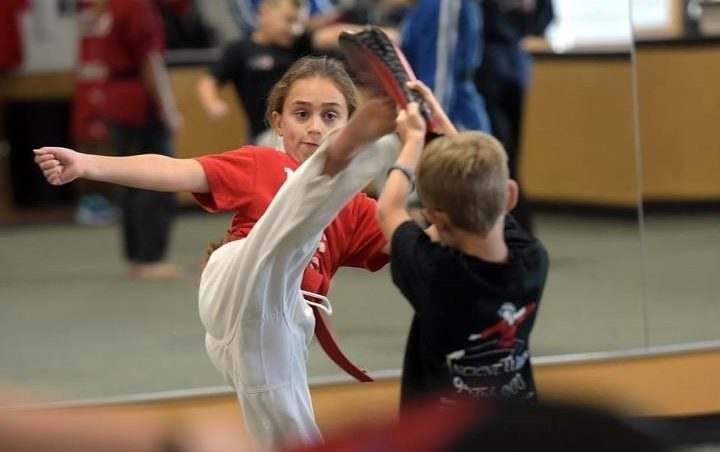 Someone asked me once, “If we could go back in time and we made an agreement that you would never train in martial arts of any kind for all of your life, in return for money, would you do it for a million dollars?”

By the way, this was an individual who would, and could easily have given away a million dollars to make a point. Unfortunately, he doesn’t own a time machine, that would be cool.

And the answer, without even taking a breath was always, “Not a chance.”

I know, you’re thinking it’s because this is what I do for a living, so just to appease your curiosity and mine, I asked some of my own Black Belt Students the other day the same question, all adults who understand the value of money, one is between jobs and beginning to sweat about it a little bit too. All were adamant, “No way, never, no amount.”

In my life I’ve met medical doctors who obviously studied hard, earned their degree, and were in medical school primarily to learn everything they could to become the best doctor they could possibly become. I’ve also met some who were just getting the degree and quickly forgot all the material shortly after their exams. They were in it just for the money. That’s not the doctor I want.

Why do we value this so much and more importantly, how can we possibly convince the martial arts novice that this is worth such an incredible amount?

This training provides so many benefits. It’s physical, it’s mental and it’s emotional. It’s not just fitness or self defense. We do this primarily to help people. To help them to defeat their inner (and outer) weaknesses, to overcome their own internal self-loathing and build confidence, so then they can get out of their own way to become successful, to learn their own value so they can be happy, to participate in powerful relationships and to be safer in an increasingly horrible world of violence. We do this to make the world we live in a better place, to help our community to be stronger and more accepting.

Knowing all of this, you can see why it astonishes us when people tell me, they can’t afford to enroll their child or themselves. Maybe it’s because they are expecting those changes to happen in a 4 week trial, (oh this fast food world we live in). It’s going to take time and commitment, from you and your child, but what wouldn’t you give up for your child to have what these people ALL believe is beyond any price?