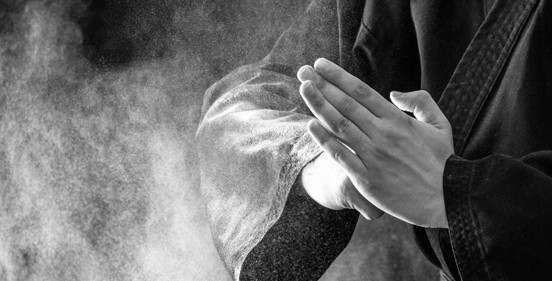 What I thought Black Belt Club was…

When I was a kid, Grandmaster Park offered a Black Belt Club. I saw him teaching it and I wanted in there so badly. There was a smaller number of students in those classes, and they seemed to be working on material I desperately wanted to learn. I thought it was just a way for rich kids to purchase their Black Belt faster. Boy was I wrong. That wasn’t it at all.

What Black Belt Club offered back then…

These were hardcore kids who got extra training to help them prepare for the rigors of earning and being a Black Belt. They still took the same amount of time to earn their ranks, but they were better, just because of the extra training. Grandmaster himself had been through specialized training in his youth. Training that cost him time and money to learn himself. Training that he didn’t want to teach to the uncommitted.

Once Black Belt Club was offered to me, I realized how valuable it really was. Black Belt Club students made a verbal commitment, sealed with a handshake to not quit, no matter how difficult it became. Grandmaster knew some people were ready to learn more. He could tell who was ready because they were hard working in class and they digested the core material so quickly, that they were getting a little bored.

He also knew that offering too much, too quickly would make some students overwhelmed and feel like failures. They needed more time before they were ready, but he knew, eventually they would get there too, me included. He, like us here at Ancient Ways, was all about positive reinforcement and setting up students to succeed. Those students could attend more classes and he offered additional training in Hapkido and Kumdo (sword fighting). I was in heaven. I wanted to train in every class I could, and I absolutely loved the grappling in Hapkido and especially the sword fighting.

What is Black Belt Club today…

Today, here at Ancient Ways, we have several upgrade programs. We always look at how best can we serve the students. Some are not yet ready for more, they would feel overwhelmed and it would not be good for them to be overchallenged at this time. They will all get there someday though. Getting them into Black Belt Club too early would be setting them up for failure. We prefer to empower students by giving them challenges, but challenges that are within their grasp.

Others students though, grind their way through our Core material, showing they are hungry for more. It is a lot like the kids in school who end up taking the “gifted classes.” They seem a little bored with the material and in some cases, they need the additional focus and confidence that naturally occurs from the weapons training and sparring. Some students (and parents) long to be here more and train in extra classes, but some can’t squeeze more into their schedule. For that reason, we set it up so that all students attend their Core training on Mondays and Tuesdays. On Wednesdays and Thursdays, students attend their program classes. This allows Black Belt Club and Master’s Club students to still attend only 2 times per week if that’s all their schedule allows, without missing any of the cool stuff Black Belt Club offers, but if they want, we also offer concentrated focus classes that allow more, if they so choose.

The reason I have included you in this message is because even though we went over all of this when you enrolled, we went over so much, you may not remember everything. You or your child may be ready for Black Belt Club. If you feel they/you are ready, and we haven’t noticed, it’s a great opportunity for us to discuss what we need to see so the instructor notices and will start the nomination. I’d like to discuss it with you. If we have nominated your child or approached you to nominate them, know that we didn’t take make that decision without discussion and consideration. Don’t let your child grow bored without at least trying the Black Belt Club. Zac Planitz is a father of two of our Master’s Club students and one of our Lil’ Dragons. He said, “You nominated Connor at just the right time, he was starting to get a little bored with the Core Curriculum. Now a year later, he and Hazel absolutely love their training and it is helping them so much.”

Below is a link to my personal schedule to have a one on one progress check to discuss how they are doing and how we can best serve you and your family in this martial arts journey.

I look forward to having a meeting with you,