There are differences between martial artists and fighters. 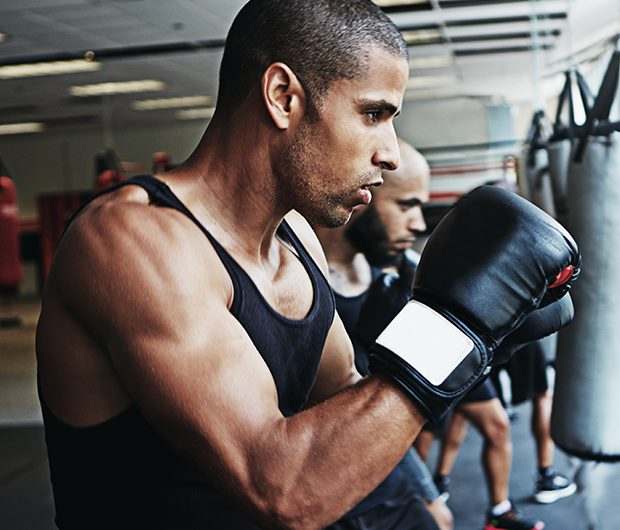 Many years ago, Ancient Ways was also a licensed American Top Team MMA school. We attracted that typical 18-26 year old male group who had dreams of going into the UFC. It’s amazing how ignorant most of these people were to fighting and to martial arts. Most had never had a real fight in their lives, most had no idea what it felt like to get really hit or what it felt like to purposefully seek to hurt someone else. All they knew was how glamorous it looked on TV and the millions of fans and dollars that were generated by the industry. They thought traditional martial arts was some rubbish you taught the kiddies and that it wasn’t real.

I had one of my instructors run the program for a few years. He actually talked me into buying the license and got the instructor certification for our school. We ended the program after a few years because it just wasn’t attracting what we wanted and the instructor’s family wasn’t happy he was teaching so late at night, even though it was his choice. During the time we ran the program, we had about 45 consistent students training and we attracted some amazing “characters.”

One day a petite little woman comes in. She looked like a female Bruce Lee, but with platinum blonde hair (cut the same way). After a couple of classes, she started demanding that we set her up with her first amateur fight. It was explained to her, due to her lack of experience, that she needed to train for a least a year before we even started going full contact with her in the studio, then we would discuss going to competitions. She left in a huff. We heard she went to another school, trained a few times, demanded the same thing and the instructor said, “Ok, let’s see what you’ve got?” He got her in the ring and almost accidently knocked her out. She never went back.

How do you think this event affected her self worth and her self esteem? If instead she had trained to earn her Black Belt, how would her life have been different? In our regular program, she would have learned to defend her life in a realistic way, not with the rules of kickboxing or jujitsu or even MMA, but with the rules of survival. She would have earned the physical rewards of tips on her belt, and new belts. She would have learned to be patient and to work through the tough spots and she would have been able to see her skills getting dramatically better, growing her confidence.

Chris was a professional athlete and trainer, still is. He was injured once by an overzealous ground fighter who acted like he had something to prove to the world, and then in a competitive fight he got knocked out, which is never good for the brain. I’m happy to say, he switched to our regular program and earned his Black Belt. Today he is internationally known in his field as one of the top trainers. Those experiences in our MMA program could very easily have cost him his career and there isn’t a day that goes by that I don’t think about that.

Jamie was a big quiet man, on the outside. On the inside he was a boiling rage, ready to erupt in anger. He had a boxing history and his jab was stronger than my cross. He was immensely powerful. He understood from his boxing days that the true measurement of a man isn’t in his ability to fight, because he knew that there are so many variables that go into determining who wins, that you can’t assume because you win, that you will always win. He fought several amateur fights with the attitude of going in, giving it his best, learning from the experience. He did it the right way. Jamie learned to calm his inner storm, not through our MMA Program, but by joining our regular martial arts program and earning his Black Belt. Today he runs his own business and is a calm man, with the power to cause great mayhem if the need should ever arise, but those inner battles are the ones he wins these days.

Now comes the saddest story. I’m going to change the name. We’ll call him Joe. Joe was a teacher and a well respected man. An only child coming up, he had never had a fight in his life. Something about the whole MMA thing really attracted him and he really wanted to prove himself in the ring. We explained to him that he needed to train for a year before we started going full contact in the training hall and then we would go from there and evaluate his readiness for an amateur fight. He kept bugging my instructor about fighting. He was certain he was ready and didn’t want to wait. His opinion of himself was overblown, and instead of putting him up against one of us and proving to him that he wasn’t ready, my instructor went ahead and booked a fight for him. I found out about it last minute and went to the fight.

Joe was knocked unconscious by the second punch, but stayed on his feet for three more minutes, taking blow after blow. He wasn’t protecting himself and had no built in skills for fighting so he just stumbled around and took the hits. His coach stopped the fight. Afterwards, the ring doctor gave him an ok. I stepped outside with Joe to get some fresh air. He looked over at me with his eye swelling shut and asked me, “When does my fight start?” I don’t think he ever really emotionally recovered. This weekend I saw him selling sandwiches in a sub shop. He recognized me and said, “You gotta do it once in your life right?” He still had pain from where his rib had been broken and he looked terrible. If I had to guess, I’d say there was a drinking problem and probably worse than that. I’m not surprised, when your subconscious self esteem takes that big of a beating, the internal self loathing can be extreme.

I’ve lost fights, I know how he felt. I’ve won many too and the one thing I know, that the MMA wannabes don’t know, if you are going to measure a man by his ability to hurt another man, then you don’t understand what it means to be a man, much less a warrior. Imagine if Joe had instead joined our regular program and earned his Black Belt. How different would his life have been? He would have cultivated a true warrior spirit and developed his inner strength to overcome his feelings that were driving him to “prove himself.”

A compassionate and caring instructor will do everything in their power to get through to a student and guide them on the correct path. A coach will guide them to win, and cares little for anything else.