Why my kids did sports in addition to Martial Arts 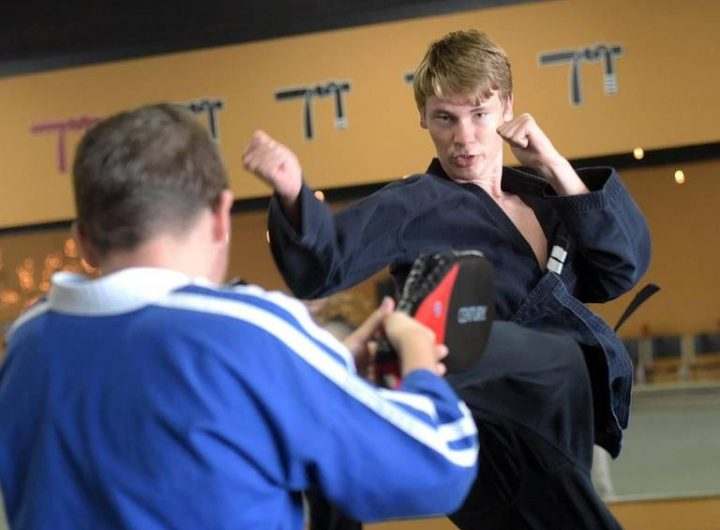 Why my kids did sports in addition to Martial Arts

You might think that my kids did martial arts because I teach it, and I wanted them to fall in love with martial arts like me.

That would be wrong.

I went through some periods where I actually detested it.

I had one instructor who was cruel and didn’t know how to teach people, only how to “do” martial arts. He treated the class like it wasn’t there, and if we didn’t keep up, he used vulgar and belittling names for us.

I hated sparring when I first started it, it was scary, and like anyone who tries something new, I wasn’t good at it. Plus, back then, the contact level was heavy, and the padding was thin. My nose has been broken multiple times, it may sound weird, but that never becomes enjoyable. No, broken noses won’t happen here, but getting used to sparring is still a struggle for some.

One of my weapon, the Bo staff was so hard for me at first, I vowed to not do it. My parents and my instructor and friends kept encouraging me and now it’s one of my favorites.

I had trouble remembering forms, and really struggled to perform them exactly. I could do all the techniques in the forms, but as a kid, remembering them was tough for me.

To this day I don’t like to ground fight. I trained in it and became proficient, and I’m glad I did, it saved me on three different occasions, but it’s just not my thing.

So why do I teach it and why do I require my kids to do martial arts if I didn’t always love it?

I have a degree in Elementary Education and a Master’s Degree in Recreation Therapy. I am also a certified IT Network Administrator and Data Security Analyst. There are lots of things I can do to make a lot more money with a lot less headache, but I believe in this. I believe in what it provides that nothing else can provide. I believe in it so completely that my family lives very near to the poverty level so that I can continue to provide this experience for my community. I didn’t always love martial arts. I love my wife and kids, I love my community and I love what martial arts can do for people who train in it. I will say this though; I do love doing martial arts today.

I did sports, my kids did sports and all my family were involved in sports. But I’ve never seen a basketball team act respectfully to the other team and thank them for the opportunity to improve themselves. Instead, they glorify each other and revel in their egos, as if winning a game makes them better people, as if a person’s character can be judged by their team’s ability to beat another team, who may have just had an off day. How shallow. This is true with most competitive sports, especially team sports. Are they fun? Absolutely and my kids loved the social aspect of their activities. But Brennon grew tired of carrying the lazy members of his team in soccer after a few years and Jannel found that swimming was no challenge as she beat all the girls and boys. Why did they both do so well?

Think about that one person you know who is super smart, or super talented, or good looking or lucky who still, in spite of all of that, is not successful.

Now think about the most successful people in the world. How many times did they fail? How many times did they have to start over? How many times were they told, “No, that won’t work.”?  They didn’t give up, they put forth their continued effort for as long as it took, to whatever effort was necessary, until they succeeded. They have perseverance. Martial Arts alone of all activities your child can do, specifically teach this.

So do like we did, let your kid get involved in other activities, for the socializing, for the fun, for the athleticism, for the bonding they are going to have with you because it’s your thing, but also, do what we did and require them to earn their second degree Black Belt, not for fun, because it isn’t always fun, not for the socializing, because few who start with your child will achieve the same level, because they don’t have the right parent to help them get through the tough spots. Do it because it’s the right thing to do. Do it because of what your child learns when they are here:

Let your child do sports, but make martial arts a priority. In the end, neither you nor your child will regret it.