Why getting past, “I want to quit,” is the BEST lesson. 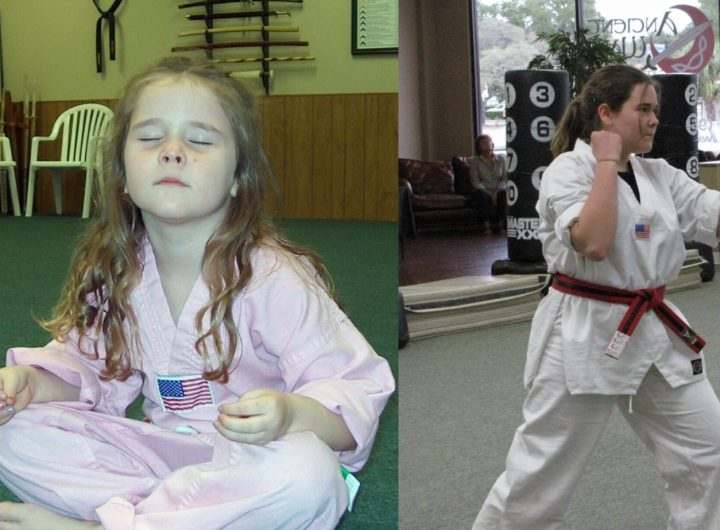 “He doesn’t want to come anymore,” the mom says to me. She is the third mom to utter these words to me this month. It’s January and the holiday break does this every year.

“Do you feel the training is good for Johnny?” I ask.

“Well, yes, he’s done so well and come so far,” she says. “but he argues with me and refuses to put on his uniform and get into the car when it’s time for coming to class.”

“I’m betting this has happened before and you were able to get him here. Did Johnny have a great time once he was here?” I ask.

“Has he ever expressed that he didn’t want to go to school?” I ask.

“Last year he faked being sick for a couple days but we made it clear he had to go,” she confirmed.

“Why did you make him go to school if he wanted to quit?” I ask.

“He needs to be educated to make it in life,” she said. “Plus it’s illegal to quit school.”

“If it wasn’t illegal, you’d still make him go though right?” I ask.

“Of course,” She agreed.

“Excellent,” I said, “So you are willing to make the important decisions for Johnny, even if it isn’t the decision he wants, right?”

“Yes, as well as going to school, he has to brush his teeth and bathe, eat his vegetables and go to bed on time,” she says.

“Tell me, do you know a successful person with little to no education? Maybe someone like millionaire Richard Branson or maybe even someone close to you?” I asked. She confirmed her father was successful but never finished school past 5th grade. I continued, “Do you know someone who is super educated, has a degree or two but can’t seem to find success no matter what?”

“Yes, I have a cousin who has a Master’s Degree in marketing and she is struggling waiting tables, she hates it but she is just lazy,” she says.

“Do you think if your cousin had been a martial artist, maybe even earned a Black Belt, her prospects would look better? Not only would it be on her resume, but she might have gained a work ethic that would have opened doors for her.”

“So would it be fair to say that earning a Black Belt might just have been as important as getting a Master’s Degree for your cousin?”

“Maybe even more so,” she confirmed. ”Because she wouldn’t be so lazy, among other things.”

“Now we know your Johnny isn’t the same person as your cousin, but why would you put that much importance on earning a Black Belt and then allow such an important decision to be made by him instead of by you? You already said you make the important decisions for him. You already said he is always happy once you are here. Is this what you want for him? To quit coming to class, this close to Black Belt?”

“I can suggest a couple of things.” I said and I wrote them down for her.
“First, have this same conversation with him.
Remind him he loves it once he is here.
Remind him how close he is to his next belt and then on to his Black Belt.
Remind him that you are the parent and this is a decision you have made for him because you know it’s that important.
If you need motivation beyond that, make sure he is doing something “not so fun” before coming to class, like chores or homework so you won’t be pulling him away from video games or playing with his friends.
If all else fails, just tell him you made a commitment to this and you are not going to allow him to hurt your reputation by breaking your word. You both agreed to the Black Belt journey when you signed up for Wolf Pack. You both shook my hand and declared your dedication, whether it got too hard or too tedious or if other interests arose. This is the perfect time to encourage keeping his word, and to teach him about how powerful perseverance is going to be in his life.
One last thing, tie the things he must do in his day to some form of ‘payment’ like video games or TV at the end of the day. He only gets to watch TV or play video games each day if he has done ‘his job’. His job is: doing his best in school, homework, chores, bathe, brush teeth and floss, get everything ready for school tomorrow, doing martial arts and expressing love and respect to his family, teachers and classmates. If he misses something, he doesn’t get paid. It’s a reward system instead of a punishment system so it is more like adulthood and how we get paid to do our jobs. This is another great life lesson that might help him to not end up with a future he’ll hate.”

“You are right Master Brown,” she said. “You will see him in class tomorrow. Thank you for the help and for caring so much for Johnny.”

Be your child’s biggest fan, be their cheerleader. There are always people on the football team that aren’t doing their best, then they hear the roar of the crowd, of their fans, then they get their act together and get out there and win. Your child is going to need your help to win.

There comes a time in every martial artist’s training when we say “I can’t do this. It’s too hard, or too tedious or too demanding. I can’t do it.” I personally think to truly earn a Black Belt, that this moment of self doubt is a requirement. Getting past that moment is a true test, and no one does it alone. We were motivated by our support team to keep going. I didn’t want to disappoint my parents, my instructor or my friends, and I’m alive today because I didn’t quit.

Your child quitting is your failure. Be there for them, they will thank you for it in the end. No one ever says “Darn you mom and dad for helping me to get my Black Belt.”