Stop being chained to your excuses and be free! 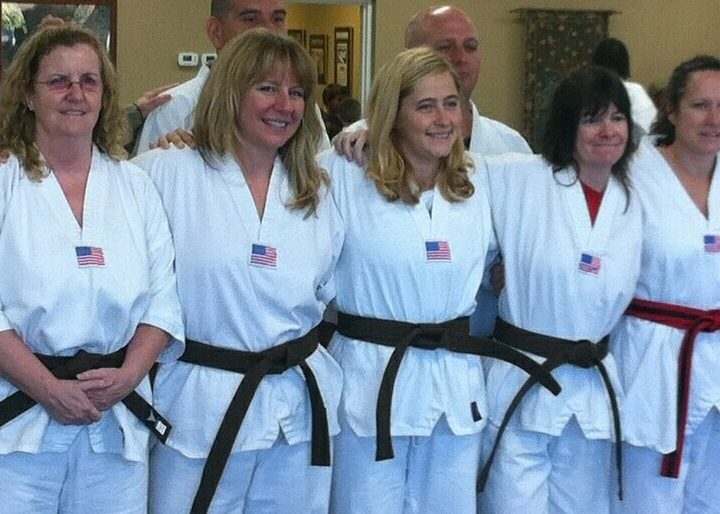 Once sunny afternoon we had a booth set up at some civic event. We have a prize wheel to spin, we were giving away free passes and t-shirts. We had students there doing demos and teaching impromptu workshops. While standing at the booth greeting people, a middle aged woman approached me. She smiled and asked, “Do you teach self defense at your martial arts school?”

Now, please understand, I know not everyone gets what we do, but our restraint in moments like these is herculean. “Yes Ma’am,” I reply, trying desperately to not be sarcastic, then failing…, “Every single day.”

“Oh no, I just want to take a single self defense class,” she said, like I was an idiot. “I would love to take martial arts classes, but I just can’t.”

I launched into my usual response to this, “The reason we study martial arts for years and many of us for our whole lives is to make sure the techniques we learn will be loaded in our long term muscle memory as an automatic response to an attack. Unfortunately, learning to defend yourself is like learning to swim. It can’t be taught effectively in a single class. We can heighten your awareness and paranoia levels, but to learn to defend yourself, really learn to defend yourself, it takes time and mindful repetition.” I said. “What makes you think you can’t train in martial arts?” I asked.

Again, trying not to be offended for the millions of us who train in the arts daily, “It was only in the past couple of decades that most schools would even take children, and at our school, Ancient Ways Martial Arts Academy, nearly half of our immense population is adults. Our oldest actively attending students are in their 70’s.” This woman was in her late 30’s at most.

“Oh, well,” she cleared her throat, “I’m in terrible shape. And I’m sure my doctor wouldn’t let me as I have a metal screw in my neck from a car accident.”

“Definitely check with your doctor, but more than likely, he’d love that you are doing martial arts provided you didn’t get into contact sparring.” I smile and continue, “We have hundreds of students, I’d say almost all of them have some limitation that they will also have in the event of an attack. They learn to train around those limitations so they can also defend themselves with those same limitations. We have students who have screws, pins, plates, replaced joints, amputees, hearing impaired, visually impaired, cerebral palsy, M.S., arthritis, dyslexia, asperger’s and other forms of autism, yet they all train and excel, each at their own pace. You can do this, I promise it’ll be fun and is good for you.”

“Like I said,” she continued, obviously getting uncomfortable with the conversation now, “I’d love to do martial arts, but I just can’t afford it. I am a single mom with a son in college.”

Now, the lady smelled of cigarettes, and in Florida, those are really expensive. I’m betting she smoked a pack per day. that’s probably $30 per week or more, which is about the going rate for a great martial arts school. I wasn’t going to point out that she should probably kick that habit to pay for a more healthy one, one she said she would love to do. She also had a big Starbucks coffee cup in her hand. I’m unfamiliar with what those cost, but I’m betting they aren’t cheap. I didn’t feel comfortable pointing that out, so instead I said, “Do you know what lessons cost?”

“That’s much less than I thought,” she said, “but like I said, I can’t afford anything at all.”

It was obvious that the conversation was over. I wished her a great day and invited her to a free month of training to see what she’s missing. As I watched her move through the crowd, I realized she didn’t need to learn to defend herself. The barrier she has built with all her excuses protects her just fine. Imagine all the cool things she could experience in her life, if she could just push past her excuses.

Don’t let your excuses define you. Try it, you just might love it.

Moms who begin in May, get one month FREE! Let go of your excuses and free yourself.