Making Certain Your Child is Ready for Life 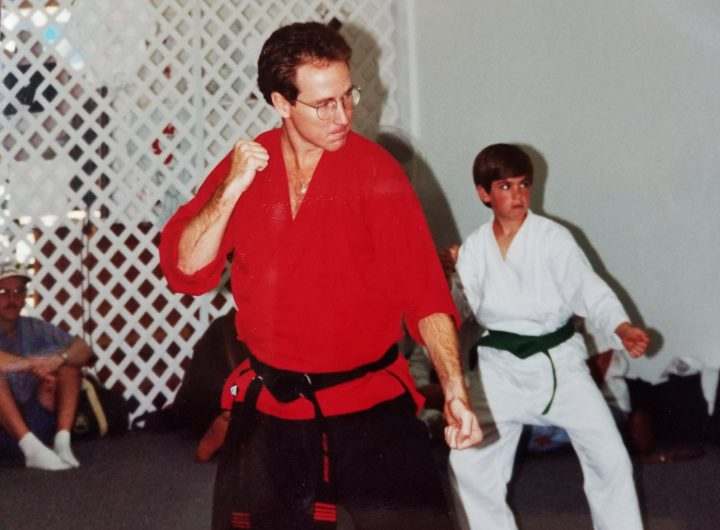 Every few months or so, I speak to a parent who is struggling to get their child to class. Even super fun things get old after a while. If I took you to ride the Hulk Rollercoaster 2 times per week, after a month or two, you’d be sick of going and I’d be sick of taking you. If that rollercoaster had some character developing, virtue encouraging and life saving benefits, I’d make you go, and I’d sacrifice my time to take you. I am certain that once you were on the rollercoaster, you’d be happy and screaming.

Does your child have a great time once they are here? Of course they do. Once they are here and involved in class, they love it. Getting them here can be a challenge though, we know that. If you told me to put up my video game and get ready for Karate, I might not want to go either. If instead you said, “As soon as you finish the dishes, we’re going to Karate,” well, that sounds fantastic.

We warned you on the day you signed up, this isn’t always going to be fun. Your child signed up in the excitement of becoming a ninja, you signed them up because you had specific goals for your child that you wanted us to help achieve, Self Discipline, Focus, Confidence, Impulse Control, Respect, self defense, etc. We made it clear that this would take time and you agreed to give us that time.

The frontal lobe of the human brain (home of rational thought) isn’t fully developed until we are around 25 years old. Until that time, we need someone to help us use rational thought to accomplish goals. Those people are called parents.

Even if this is something that we do for the sole reason of entertaining children, which is a bit insulting by the way, then it is still going to run out of steam for your child. Keeping them motivated is a team effort. We are going to show them how much they improve. We are going to award them their tips and their new belts. You just get to be their biggest cheerleader. Tell them how much you love watching them do their martial arts. Be excited for every tip and belt rank they earn and they will stay engaged. There is no one they want to impress on this earth more than you.

Let me paint several pictures for you. Let’s say that with your help, motivation, love and guidance, your child trains and earns their Black Belt.

Picture one, they continue to train for the rest of their life, being strong, limber and disciplined, using what they learned in martial arts to be successful in their academics, their professional lives and their personal lives. Becoming calmly successful at everything they do, with an innate ability to make every one of life’s challenges look more like tiny speed bumps.

Picture two, they earn that Black Belt but then they stop training, and 15 years later someone tries to kill them, but because they earned a Black Belt from a real martial arts school, their training is still imbedded in their long term muscle memory. They defend themselves as if their attacker is a bumbling 7 year old and they live happily ever after.

Picture three, they complain about coming and you let your child quit. They have now flexed their “quit muscle.” Quitting is easy. I had one mom, a family friend who literally told me once, “I want him to have discipline, but I don’t want to make him do anything he doesn’t want to do.” Her name is Jessica, and she has given me permission to quote her: “We let him quit and it’s the worst thing we could have done. He has walked all over us ever since as he has grow up. Even in 5th grade he was back talking, cussing at us, we caught him using drugs and smoking in our house. He was picked up by the police and brought home for shop lifting, stealing beer of all things. He was failing his classes through middle school, hanging out with the wrong kids, never did chores and acted like he hated us. At 15, he wouldn’t go to school and the police showed up to arrest me! We had no control what-so-ever. He’s grown now, still lives at home, never finished school, refuses to get his license, has had two jobs, both of which he quit the first day. Every interaction we have with him ends in screaming. He resents us and it’s a living nightmare. We don’t know what to do at this point.”  I have worked with Jessica and her family to try to get help for their son, but it would have been much easier if she had been stronger when he was in 4th grade.

It’s called resentment, and the child’s subconscious knows it’s the parent’s fault because they weren’t strong enough for them when they needed it. They aren’t conscious of why they are feeling this, but they can’t seem to stop either, no matter how much remorse they feel.

Look, this is my life’s work, not some children’s amusement. I’ve traveled all over the world to learn what I know and I’ve earned a high level degree so I can do it better. I’ve done this for nearly 40 years, and I know how effective it can be in building amazing adults. There is a really good chance I know what I’m talking about and a 100% chance I’ve seen all of these scenarios played out.

I’ve never met a person, child or adult, who couldn’t benefit from the effects of training in our martial arts program. Every day I meet someone who regrets that their parent’s let them quit. That’s how they word it by the way. They never take the blame. On the flip side, I’ve never met anyone who earned their black belt that regretted it, and I’ve never met a parent who didn’t believe it was worth every bit of time, money, effort, blood sweat and tears.

If you have trouble getting them to class, that’s actually a good day because now, we get to help them learn one of life’s most important virtues, perseverance. Bring them to class and let us know you had a struggle getting them in. We will do a quick booster class that will turn them around. I’ve done it hundreds of times. Together we can make sure your child has these amazing traits as an adult. Our job isn’t to make their life easier, it’s to make sure they have the strength to make their own lives easier, to live it on their terms.