Do you have to be in prefect shape to do martial arts? 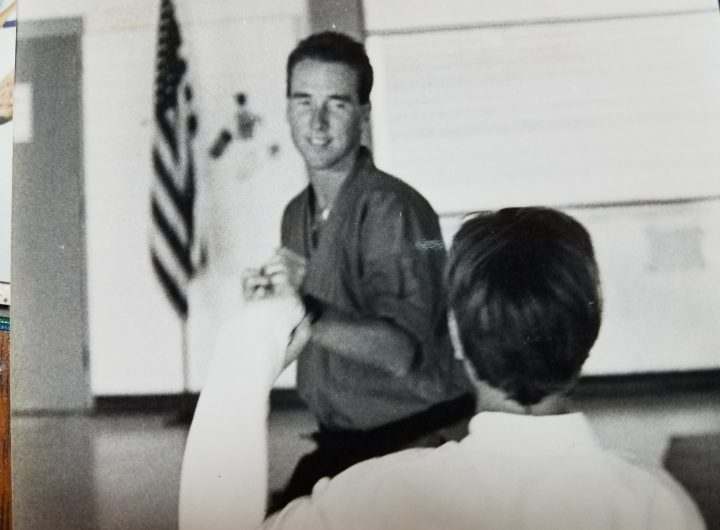 Someone asked on a closed martial arts instructor Facebook group about whether we should all be the paragon’s of perfect physical condition.

Here is my reply:

I’m not answering this out of feeling defensive but let me relate something to you.

I once was a lean, mean fighting machine in my 20’s, 30’s and 40’s. Medical issues and subsequent medication have contributed to my current state of being healthy, but not looking as healthy. My doctor’s are very pleased with my condition and I expect to see my 90’s. No matter how I look though, at 58 years old, I can still do most HYPER kicks, some inverts, all of the forms we teach, all of which I designed, as well as close to 30 different weapons forms, even though I’m a big (very) guy. Here’s the fun part. As instructors, we are supposed to do the 3 D’s for our students. That stands for demonstrate, describe and drill (drill, drill) our students. I make sure I demonstrate anything I’m going to ask them to do, personally. I can’t tell you the number of adult students I’ve gained because of, “I saw you do these moves and realized, I can do them too if I just put in the time. I realized I was just making excuses.” In the words of Yoda, “Judge me by my size, do you? ”Here’s an idea instructors, you may be alienating some potential students, some who need this way worse than others, because you DO represent the penultimate of human physical fitness, a standard they think they can never achieve. Being able to defend yourself should not just be for the perfect physical specimen, it’s supposed to be about developing skills that equal the playing field in a real life encounter for us all against bigger, more powerful opponents. I have students (Black Belts) in their 60’s and even 70’s that would never have trained with me had I not shown them that an imperfect, middle-aged guy can do this too. Stop being judgmental, it’s bullying, something we preach against and encourage our students to stand up against. Instead, be accepting and supportive, patient and compassionate. It is the real warrior way.