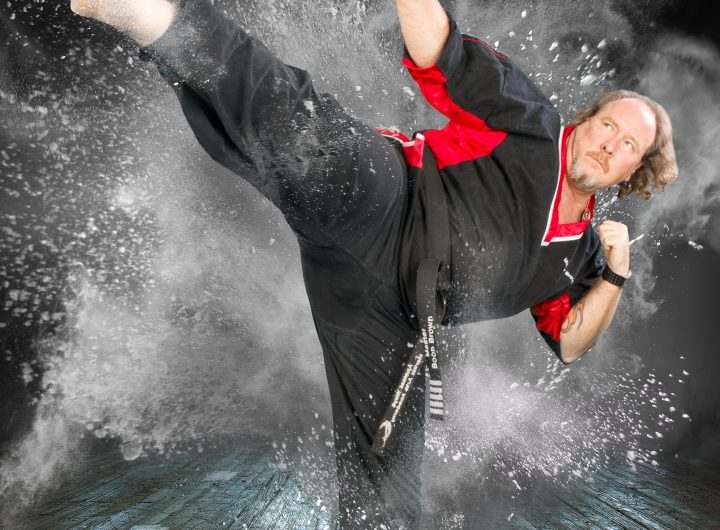 When I first started to search for articles other martial arts instructors may have written on what we refer to in the industry as Black Belt Malaise, I was surprised to find few, and none who offered a valid remedy for this particular malady. Black Belt Malaise refers to the feelings of “I just don’t want to do this anymore,” that many people feel when they first achieve Black Belt. It is often referred to as burnout, but it has a different feel to it, almost a form of melancholy. Here is my view on Black Belt Malaise.

I have a friend who got her Master’s degree in psychology. While acquiring it, she was working as a clerk for the city planning department. After she got her degree, she expressed that she had no interest in working in the psych field and instead, she wanted to become a city planner. When it was pointed out by her employer that she had the wrong degree for that field, she didn’t care, she wanted to change fields and knew she could do the job. Eventually they saw the logic in it and saw her work ethic and years later, she is still a city planner with a Master’s Degree in Psychology.

In my school I teach many things, one move in particular, something we call a kip-up is something many students work to accomplish. You’ve seen it in the movies. It’s when a fighter is on their back, they raise their legs and kick upward, pulling their whole body up onto their feet. It’s a rare thing to be able to do it and takes a lot of time and patience to learn. I can’t tell you the number of people I’ve taught it to. Some continue to use the move for as long as their body will allow. Others though, once they accomplish it, after a few days of overjoyed showing off, they never do it again.

I know people who hit the gym every day. They hire personal trainers and meticulously watch their diet. When asked, some will say they do it to be fit or to live a longer, healthier life. Yet I always feel like they are working out every day to attract the “right” person in their lonely lives. I always hope I’m, wrong, but inevitably, when they find that “right” person, they get married, and their visits to the gym fizzle out, as does their desire to be fit.

I knew a guy who wanted me to help him pick out his wind surfing equipment. He bought the top of the line equipment, the very best. I was jealous as I was an avid windsurfer at the time and hit the water at least 4 days per week with the best equipment I could afford, which wasn’t actually pretty old. He showed up the next weekend with his board at the spot where many of us launched. I showed him how to rig it, I had already taught him how to windsurf on my rig the weeks prior. He got up on his great board, tacked around a few times, came back to the beach for a snack and a soda, packed up and never went again, ever. The equipment is probably still hanging in his garage, along with unused bikes, paddle boards, kayaks, scuba and fishing equipment.

People set goals for themselves. Sometimes it’s a level of education or to own a particular item, but once acquired, they discover, as the poem says, all that glitters is not gold. That thing doesn’t make them as happy as they thought it really would. The lesson here is easily seen when a person earns a Black Belt. It’s not about the destination, it’s a journey, and the journey is everything. Fortunately, after Black Belt, the journey continues.

Several things can happen when people earn their Black Belt, burnout being one of them. Burnout happens with everything. If I took you on a rollercoaster ride twice per week, no matter how much you love rollercoasters, you’d start to burnout pretty quickly. Burnout is why TV shows come and go. It’s why we eat a variety of healthy foods and it’s why we constantly look for new forms of entertainment. But burnout is never a good reason to stop doing something that is good for you, especially if it can save you or positively change your life.

Sometimes new Black Belts don’t feel like they deserve the rank, so they push themselves to incredible levels of ability, surpassing anything imagined before. We see this in my studio with quite a few of our Black Belts. They push themselves to live up to what they see, in their mind, is the image of a Black Belt. They end up being easily ten times better martial artists when they earn their Second Degree Black Belts as they were on their First Degree test. We love it when this happens.

On the other side though, there are some people who realize that nothing magical occurred when they put on their new Black Belt. and that they are no different than who they were the day before they earned their Black Belt. They see how good the other Black Belts are, the ones who have been Black Belts for years, and they don’t feel like they deserve theirs. Afterall, they are still making the same mistakes (like we all don’t make mistakes), like when they mess up that one knife defense, or when forget that turn from that one particular form, and they still need to have better recoil on their turning back-side kick. On top of all of that, the instructor doesn’t even pause, he just moves on and happily starts giving them their new Black Belt material, acting like they didn’t just accomplish something herculean, acting like they don’t deserve to be sitting on a throne and resting for a month. To make it even worse, the new material has techniques in it that they cannot do (yet). They are Black Belts now. They are supposed to be experts who can do all the moves. This is disheartening, and, can be, an incredibly valuable lesson.

People quit at this point pretty frequently, especially in schools that offer little to no curriculum after Black Belt. The quitting though, is less related to something interesting being taught and more about what goes on inside the individual. They set a goal, they accomplished that goal, and to them, that moment of accomplishment wasn’t as particularly magical as they expected. Sometimes it’s burnout but either way, the remedy is the same.

The secret is to recognize how magical the changes are in you from the day you began the journey at White Belt to the moment of earning the Black Belt, and then recognizing the potential for further improvement you will gain if you continue. The training never ends, this is a lifestyle, not a sport and even though the changes are smaller at this level, the training is still remarkably good for you on all levels and should be continued. It will help with every other endeavor in your life.

If you leave a sword outside overnight it will rust and pit so much that it will never be as sharp as it was, no matter what. Likewise, our martial art skills begin to atrophy from the moment we stop training. Hopefully it’s burned into the long-term muscle memory well enough that the basics will stay with you, like riding a bike, but when your life is on the line, do you really want to take that chance? The only way to maintain the sword is to keep it sharp and clean, just like your martial arts skills.

I recommend if you do feel a little melancholy after earning your Black Belt, that you take a break and sit on that throne of glorious accomplishment for a bit, a month maximum and then schedule in your mind when your first class back is going to be. Get with your instructor and know when your next evaluation is going to be. Earning tips and belts is going to slow down now, but your instructor has a system for evaluating you and helping you earn tips between your different degrees. It can be very motivating to know you are going to earn your Second Degree on such and such day.

For my kids, there was never a question of quitting. My answer to them has always been, “We are warriors. This is who we are, this is what we do. Not to seek battle, but to be prepared when battle finds us.”

Be that person who says, “I am a warrior, I play soccer and I study hard to get great grades (or whatever you do). Being a warrior makes me better at everything I endeavor to do.” And parents, guide your child to be their best, by motivating them to learn these lessons of perseverance and self determination. Be strong for them when they need it. Tell them how much you love to watch them do martial arts. There is no bigger motivation than the praise of our parents.