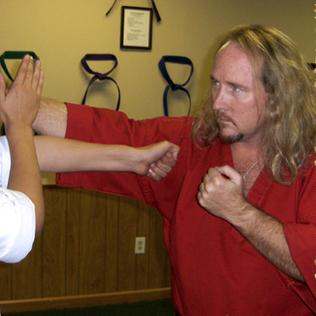 Recently, an acquaintance of mine received a negative review from a mom of a student in his martial arts school. Over the years, he and I have realized how similar we are in our stances on our schools, our thoughts on what and how we teach as well as some of our philosophies. He is a deep individual with an inner awareness and external compassion to match.

So, the lady who left him a bad review has never been in his school. Her daughter is brought by dad, dad loves the school and the girl does too, as is evidenced by the fact that the family renewed their one year membership after the first year was complete and continued for another year. My friend has had two conversations with mom on the phone.

My friend is obviously very concerned with this since these reviews can often make or break someone ever even trying out his school. He is like me enough that I’m sure the thing that stings him the most is being called arrogant and condescending, especially since I know he is a humble man filled with a white belt spirit of forever being a learner.

I’ve been called arrogant a few times and probably condescending behind my back. It bothered me until this one time when I was listening to scientist Neil DeGrasse Tyson speak to an interviewer. If you didn’t know who he was, he would sound arrogant and condescending. Those of us familiar with him and his incredible knowledge know that his arrogance is really just confidence about his subject matter. The condescension people might hear is really his passionate desire to share his knowledge about the universe. Martial Arts instructors who are “long in the tooth,” (that means old), are no different.

I’ve been teaching for decades, nearly 40 years. You name it, I’ve seen it. Think about it, most people retire after 20 -25 years from a field. I’ve got a bit more. I don’t mean to sound arrogant or offensive, but the truth of the matter is that so many parents think their child is unique, and they are, but when it comes to helping them to accomplish their goals, the job I’m going to do for you and your child I’ve done thousands of times…per year…since the 1980’s. We are going to be massively successful and make your child into a powerful and successful adult if you back our play and support our efforts like hundreds have done before you. There is a really distinct possibility that I know what I’m doing. It’s not arrogance, it’s called confidence based on experience and wisdom.

As far as condescension goes, remember back when your mother told you, “No matter how good you become at (insert skill here), there is always going to be someone who is better.” Tell your mom you met that person and it’s me. Just kidding. I have tons more to learn before my end days and I am a forever student, as we all should be.

I was once a new school owner and a new teacher. I didn’t run class, I ran myself through class and had the students follow along. If they figured it out, great, if not, that was their problem. Then I began to listen to the great martial arts teachers in my industry and sought them out to learn from them. Dave Kovar and Roland Osborne became my teachers, mentors and my friends. I decided I wanted to be the best teacher I could, so I got my Bachelor’s degree in Education and went on to get a Master’s in Recreational Therapy. Even this past month, one of my instructors and I went to Dallas to train with some of the top school owners and teachers in the world.

When my kids were born, Jamie and I decided that we wanted to be the best parents in the universe. Even though we both thought our parents did a great job, we figured if we were armed with modern knowledge of child psychology and early childhood development, that maybe we could do a better job than they did. We asked questions and learned from everyone who had anything to say about raising great kids into great adults. If they seemed arrogant, it didn’t mean they weren‘t right. If they sounded condescending, it didn’t mean they weren’t right. To you young parents, especially you parents of that one child who you have not fully raised yet. Not only are my kids grown and successfully drug free, alcohol free, vulgarity free, kind, compassionate, well educated, well mannered, strong work ethic, driven to be successful and they are happy, but I’ve also raised hundreds of surrogate kids through my martial arts school who are like my children. They will all tell you the influence this program (and maybe me a little) had on their lives. It is possible that what you hear as condescension is really just the fact that I’m right. There is a distinct possibility that I know what I’m doing and maybe, it’s not condescension, it’s just me trying to help you to achieve what I already have achieved.

The other thing that can sound condescending is the way that many instructors teach in a militaristic way. We really don’t here at Ancient Ways compared to most schools, but the students still use our titles and put us on a pedestal, hang on our every word and many even use the wisdom we impart on them to improve their lives and situation. For some, those anecdotes and stories are why they are here. It’s also why we provide the Lessons in Mindfulness workbooks for our adult and teenage students.

The parents or family members in my past who have really been upset with me were the ones who lost control of their spouse because we imparted confidence in them. I’ve had female students gain the confidence to tell their husband, “You don’t get to talk to me like that anymore,” only for me to get threats from the husband after she divorced him, depriving him of someone to abuse. I’ve had one woman get angry with me because her husband found his confidence and backbone from his training and wouldn’t let her mistreat him anymore. It’s amazing how a little confidence can really change a person.

There was also the two adult students who felt they deserved rank that they hadn’t earned yet, because they saw themselves as better than everyone else, and then, ironically, called me the arrogant one because I wouldn’t do it.

Now here comes my arrogance and condescension if you want to call it that. It’s not just a martial arts school, it’s my martial arts school and it’s more than that, this is my system. I crafted every form and collected all the techniques from my training all over this planet and pieced the whole thing together to make it, in my opinion (excuse the arrogance), the most pragmatic system in existence. If it wasn’t, would I not be changing it to make it so? To the outsider, this may look like a children’s amusement, but it is my life’s work. I’ll be arrogant for a moment more, when you have a school as long as I have, as successful as Ancient Ways is, then you can tell me how to do this. This is what my friend wants to tell this mom, but he can’t, so I’ll say it for him. When you know ANYTHING as well as he knows what he’s doing, you will sound arrogant too. When you want to impart your knowledge on others as passionately as he does, you may sound condescending too.

My hope is that this woman will someday know something, anything as well as my friend knows what he’s doing as he guides her daughter towards a more confident and more self disciplined future.